Recently, I came across this thing called 3,6,9 method. Basically, this entails writing something down that you would like to manifest a bunch of times. You can write it down three times in the morning and 6 times in the afternoon and 9 times in the evening.

in the past, I would have been very judgmental towards something like this as a sort of conjuring. The assumption I would make is that doing this interferes with gods will for me somehow. But this judgment is really superstitious in its own way as well. It is really very similar to saying that I believe in destiny with little direct engagement.

and superstition is a problem for everyone even people who say they are Christians. So I took a second look at this to try to see other angles I had missed from when my perspective was narrowed by a fear of gods wrath for trying to understand something like this better.

really I don’t think the 3,6,9 method is any different than the verse that says that you can say to a mountain move and it will be moved. Really this is just an exercise in removing doubt.

“But when you ask, you must believe and not doubt, because the one who doubts is like a wave of the sea, blown and tossed by the wind. That person should not expect to receive anything from the Lord. Such a person is double-minded and unstable in all they do.” James 1:6-8

when you write something down, you will remember it better. You will see it for what is by letting it go and gaining perspective on your motivations because there is nothing I can’t ask god for even if It were to win the lottery. There is no reason I can’t ask for this. The idea behind prayer is that you will get a response rather than a random event as a result of faith. so even if the answer were no, there is nothing evil about using this approach.

the only downside to this from the other direction is the issue of superstition by the ones who may not believe in a god and who may place too much importance in the numbers as though they were independently powerful. Who might feel that writing something down five times instead of six created defeat. So the problem always centers around the presence of superstition for all parties.

really, there is no reason that you cant write something down one, two, or ten times. The point is how writing something down converts this desire into something that you can believe in a more concrete way. There might be something aesthetic to the pattern created by using the 3,6,9 approach from a spiritual perspective. There is no way of knowing how the spiritual side is forming patterns unconsciously.

however, even if this were creating a pattern, this would be no different in appeal than the visual difference observed in rectangles. The Parthenon is known for being a golden rectangle. In architecture, the golden rectangle is known for its aesthetic value because of how the one side is proportional to the other. This is more visually appealing than a city bus for comparison. The same might be true from the perspective of a spiritual language that we may be using to communicate with god whether we know it or not. Certain patterns might have more appeal, but do not have independent power.

when this is understand, it is easy to see that many things that are described as occult, where occult is used to mean a dark spirituality rather than simply meaning something obscured or hidden, do not really have any independent power. they were simply used at one point to visualize something.

I was reading the secret teaching of the ages when I realized this. There are a couple chapters on the history of Pythagorean’s, but do these teachings really have power by themselves or did the people have power because they were able to visualize them from nothing.

so it is creative power behind this history that means something, not the superstitions that are presently attached to them. The number 33 has no power. However, there is power with faith even when it is the size of a mustard seed being used to write down things that we would like to manifest in our lives.

Tesla was big on the 3 6 9 number patterns 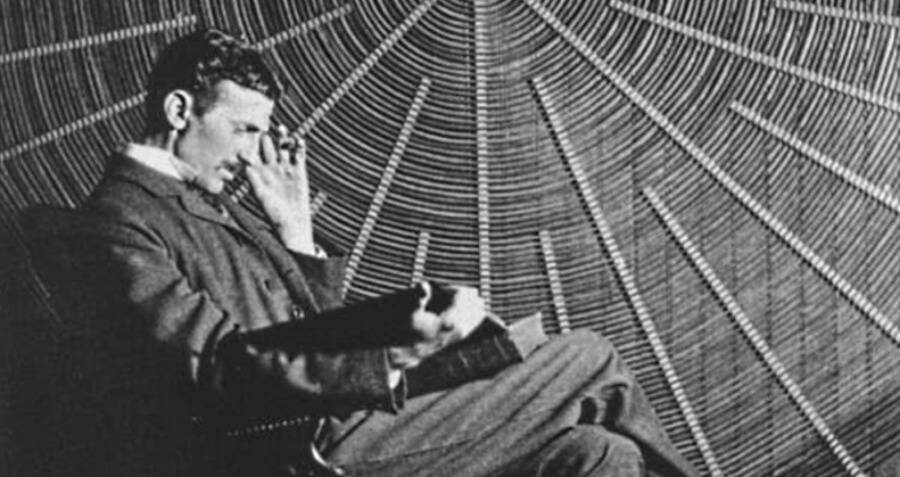 Maldarker said:
Tesla was big on the 3 6 9 number patterns

yes I am aware. What is your take on Tesla’s support of this numeric pattern?

I do its a blue print of the universe harmony of 3 and such.

Maldarker said:
Tesla was big on the 3 6 9 number patterns